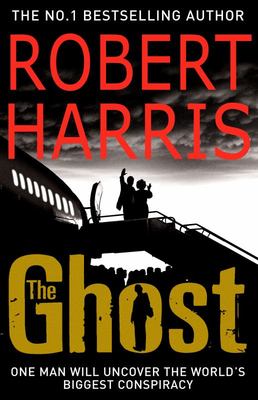 Britain's former prime minister is holed up in a remote, ocean-front house in America, struggling to finish his memoirs, when his long-term assistant drowns. A professional ghostwriter is sent out to rescue the project - a man more used to working with fading rock stars and minor celebrities than ex-world leaders. The ghost soon discovers that his distinguished new client has secrets in his past that are returning to haunt him - secrets with the power to kill. Robert Harris is once again at his gripping best with the most controversial new thriller of the decade.

Robert Harris is one of Britain's most famous writers of thriller novels and gripping historical fiction. He is the author of eight bestselling historical and contemporary thrillers: Archangel, Enigma, Fatherland, The Fear Index, The Ghost, Imperium, Lustrum and Pompeii, all of which were worldwide bestsellers. Harris has been shortlisted for three notable literary awards: the Walter Scott prize for historical fiction, the Whitbread first novel award (now known as the Costa Book award) and the British Book Awards Popular Fiction Award. His most recent bestselling thriller, The Fear Index, was shortlisted for the Ian Fleming Steel Dagger, for best thriller of the year, at the 2012 Specsavers Crime Thriller Awards. Robert Harris has worked with international film director Roman Polanski to create the Golden Globe winning film The Ghost Writer, starring Pierce Brosnan and Ewan McGregor. Enigma was adapted into an award-winning film starring Kate Winslet and Tom Hollander. His work has been translated into thirty-three languages. He was born in Nottingham in 1957 and is a graduate of Cambridge University. He worked as a reporter on the BBC's Newsnight and Panorama programmes, before becoming Political Editor of the Observer in 1987, and then a columnist on the Sunday Times and the Daily Telegraph. In 2003 he was named Columnist of the Year in the British Press Awards. He lives near Hungerford in Berkshire with his wife and their four children.